If you are in politics, mass media, or marketing, most likely you pay close and serious attention to population trends. The evolution, growth, diversity, and demographics associated with the Hispanic population in the U.S.—or, as some prefer, Latinos—cannot be ignored. Whether your goal is getting votes, attracting audiences, selling products, or tracking health trends, you need to recognize that the Hispanic population matters and overlooking them can be hazardous to your own long-term strategic success.

The Hispanic Population is Growing Fast

The latest U.S. Census Bureau data indicates that more than 55 million Hispanics are currently living in the United States. To put that figure in context, Latinos account for 17 percent of the total population of the U.S. Nearly one out of six people in the U.S. are defined by the Census Bureau as individuals “of Cuban, Mexican, Puerto Rican, South American, Central American, or other Spanish culture or origin regardless of race.” Hispanics now represent at least 9 percent of the population in 24 states and the District of Columbia. As for the future, the Census Bureau projects that by 2060 Hispanics will number 119 million, 29 percent of the national total–more than one-quarter of the total population. 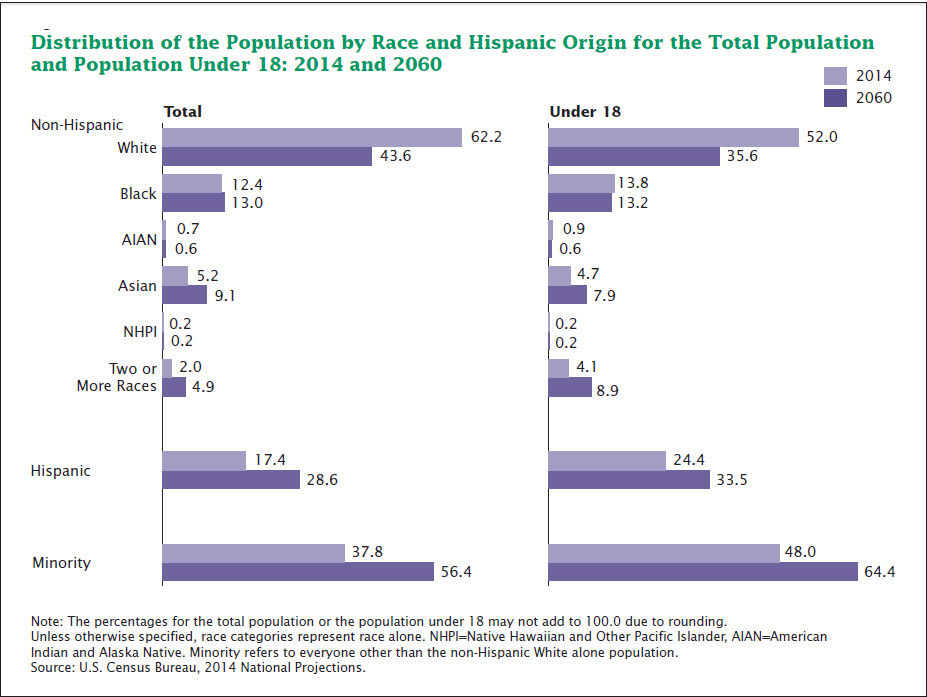 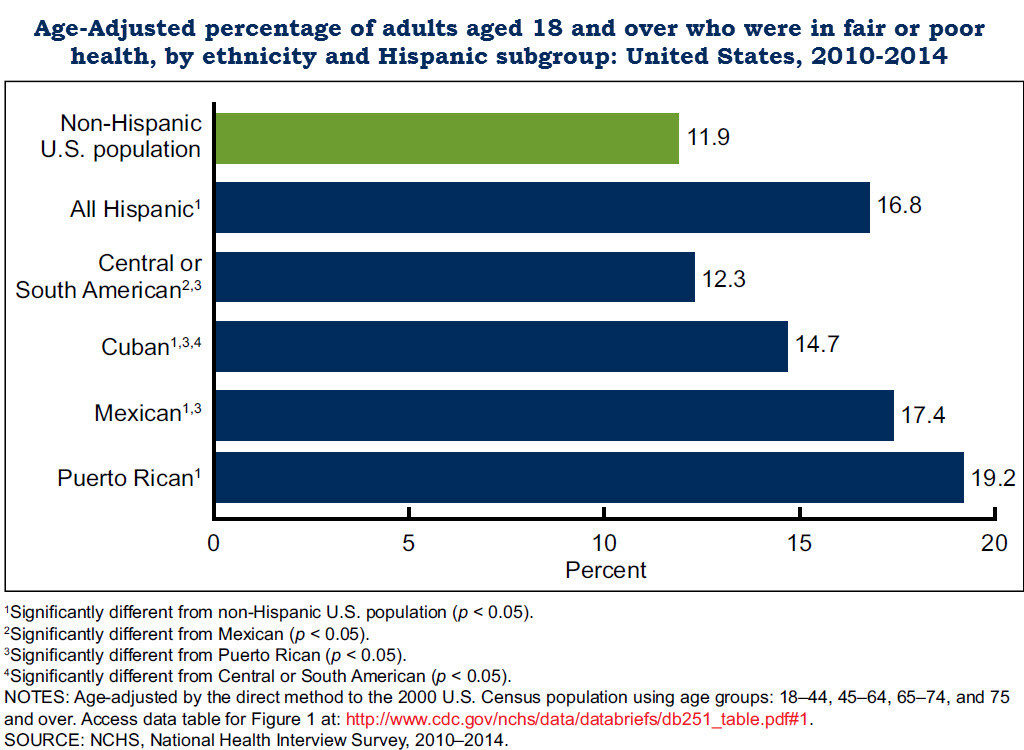 Diversity among U.S. Hispanics is not Well Understood

Hispanics have great variety in terms of national origin, race, and immigration status. In addition, there is a wide range of socioeconomic and cultural factors among Hispanic groups. Such diversity extends to health conditions as well. For example, the same CDC report shows that Puerto Ricans, followed by Mexicans, have higher rates of chronic illness compared to other Hispanics in the United States. Cuban American, Central and South American as well as Mexican American adults, however, tend to have lower rates of multiple chronic illnesses than non-Hispanic adults. Still, some of the long-standing academic research has ignored that diversity, relied on the larger pool of available data on Mexican Americans, and extrapolated that data to other Hispanic groups. That myopic approach has resulted in skewed data addressing Hispanic health.

The Opportunity at Hand

The Hispanic population is large and growing fast. There are tremendous opportunities for insurers, healthcare providers, policymakers, and researchers to enhance Hispanic health over the next few years. Here are some potential opportunities:

Clarity of intention is key to success. Some insurers and healthcare providers are taking the lead by opening retail centers closer to Hispanic populations. Others are funding separate Spanish-language marketing campaigns through transit, direct mail, and digital advertising. All these are great strategic initiatives. Still, whatever your organization decides to do, be a leader by being clear, consistent, fair, sensitive, and genuine. Your interest in the health of the Hispanic population should feel as important as for your own. After all, all of our futures are tied together for many years to come. Salud!